Taking Responsibility for Your Pets–Or Your Fictional Characters

Almost three-and-a-half years ago, I had to say goodbye to my orange long-haired cat, Charlie. He was a wonderful cat, and sorely missed. But after a few months, I started thinking about how much I like having three cats and decided I would be open to the possibility of adopting another kitty.

As circumstances would have it, a feral cat had kittens right outside my son and daughter-in-law’s apartment. My son and dil coordinated with a local cat rescue organization and planned to capture the kittens and bring them in. Sadly, they could only grab one before the rest of them scattered.

Still working with the rescue group, they got the little kitten fairly comfortable with humans, then arranged for me to adopt him. Rather, they arranged for me to adopt her–there was a little confusion about gender, even after the kitten arrived at my house. It took me calling the vet and confirming that yes, she did a neuter and not a spay, to establish that the new addition was Zak, not Zoey.

It had been a long time since I had adopted a kitten and a feral kitten was a…well, a cat of a different color. He lived in my office for a few weeks, and whenever something startled him (which was often), he would race into the corner under my printer, completely out of reach. He would burrow under the covers at night, keeping me awake. He would play fetch with a toy mouse. And sometimes he would hide somewhere in the house, terrifying me that he’d gotten outside and was lost.

He’s now one of the best cats I’ve ever had, although at 13+ pounds, he can be quite a lapful. He still dips a paw into his water dish to lick it off and test it before drinking. And although he doesn’t play fetch, he’ll still run around the house carrying that mouse in his jaws. 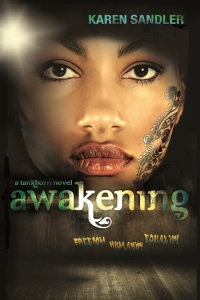 What does this have to do with fictional characters? Well, they may not be living, breathing beings, but they can be as complex and problematical as a finicky feral kitten. You have to consider characters them from every angle, and take as good care of them as you would that pet cat.

How do you “take care” of a fictional character? You get to know them inside and out. You write dialogue for them that fits them, give them actions that are realistic for their personality, write a storyline for them that allows them to achieve the goals you carefully set up for them. You make them seem as real as that wide-eyed kitten I adopted.

You don’t make them a prominent character at the beginning of the book, so your reader thinks they’re important to the story, then drop them partway through, never to be seen again. You don’t introduce them a hundred pages in, as if they’re an afterthought. If it’s a minor character that’s intended to have a small role, that’s okay. But even minor characters must be necessary to a story, and have their part to play out. They can’t just be dropped in and dropped out at a whim, any more than you would adopt a kitten for no particular reason, then return it a week later.

Okay, maybe I’m stretching the cat analogy a bit. I am this close to being a cat lady and could go on and on about felines until your eyes glaze over. But I’m also a fanatic about characters, about every one having a purpose, and each character behaving in such a way that makes sense. When a character acts out of character in a book, it spoils the story for me.

So, cats or characters, make a commitment. Take responsibility. Give them the care and feeding they both deserve.